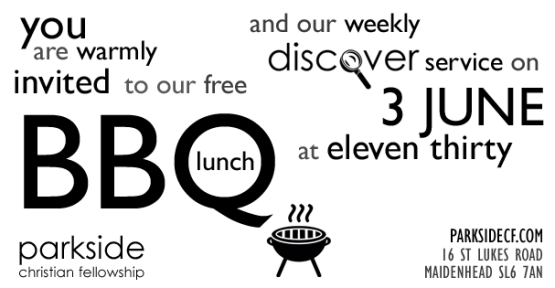 Please join us this Sunday for our annual BBQ lunch, which follows on from our normal ‘discover’ Sunday service.

‘discover’ starts from 11:30am with coffee and other drinks being served in the main hall, before the service itself begins at 11:45am.  It is suitable for all the family and will include some singing, a quiz and a short talk from the Bible.  It will finish at around 12:30pm and the BBQ will take place in the car park behind Parkside.

Once the food is out of the way, there will be the opportunity to play some games in the park, weather permitting, and you’re welcome to stay for as long as you like.

We had around 35 people in for the first in our discover series on Future Events. Alan was chairing and Victor took the subject of ‘What does the Bible say about Life after death?‘.

He began by quoting from Roger Carswell’s book ‘Grill a Christian‘, before moving on to talk about the Bible and bringing out key verses to talk around the subject.

Following the service, with summer arriving eventually, albeit belatedly in September, we had perfect weather for our BBQ lunch and the usual burgers and sausages were cooked beneath blue skies. END_OF_DOCUMENT_TOKEN_TO_BE_REPLACED 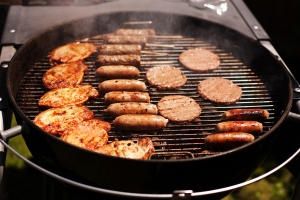 During September, we’re having a mini-series of talks in discover on Future Events.

We’ll be exploring four important subjects which are relevant to everyone and looking at the details given about them from the Bible’s perspective.

At the same time, the children will be returning to their own activities as Sunday Club starts up again, following the break for summer.

All services start as usual, at 11:45am and there will be a BBQ lunch following tomorrow’s talk, at around 12:30pm.  If the weather is good, we’ll look to sit out in the park and also play some games.

Details of the talks are below. We hope you’ll be able to join us for refreshments beforehand from 11:30am.

What does the Bible say about:
Life after death? – 6 September
Jesus coming back again? – 13 September
The future of the world? – 20 September
Heaven and Hell? – 27 September

In the gathering gloom of a late summer evening, a few hardy stalwarts met up by the river in Marlow for our first ‘Sausage Sizzle’ for two years.

We managed to muster some sixteen in total, ranging in age from 5 to 90!  All waited patiently for their sausages, cooked once again over a small gas stove. END_OF_DOCUMENT_TOKEN_TO_BE_REPLACED

We hope you had a very Happy Christmas and will enjoy a peaceful New Year. 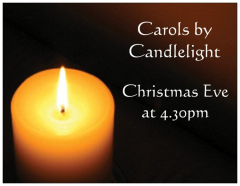 We’ve had a great time over the Christmas period, particularly thinking about the real reason that we celebrate Christmas – that of the birth of the Lord Jesus at Bethlehem.

Our December Family Service was followed by an excellent Christmas lunch which proved to be very enjoyable.  We also had over 80 people along for our Carols by Candlelight service on Christmas Eve, which was brilliant.

Aside from Christmas, we’ve had a busy 2013 with Family Services being held each month as well as enjoying a busy day with our stall at the inaugral Maidenhead Festival, back in the summer.

We had good numbers for our two BBQs in the summer and Mother’s Day Tea in March.

Our young people had a great weekend away at Swindon, where they studied the Seven Churches mentioned in Revelation, as well as at the annual camp in Romsey.

2013 also saw the commencement of our ‘Men’s Night’ and ‘Ladies Night’ activities.  The men enjoyed a meal and also had a walk and BBQ evenings.

It’s also been a sad time in some ways as we said goodbye to Karla Cordell, back in January who had been suffering ill health for some years.  Later in the year, we also bid farewell to Mike Wells who passed away after a period of illness.  We had an excellent Thanksgiving Service for his life, with over 150 attending.

We’re thankful that both Karla and Mike are free from their discomfort and are with their Lord and Saviour.  We continue to remember their families in prayer.

In practical matters, 2013 has also seen changes to the outside of the building.  We put up a new sign on the front and also resurfaced the car park and created additional parking.

In 2014 we’re making some changes, as we begin our new discover service on 5 January. 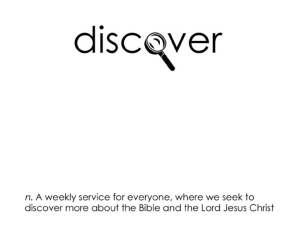 This will be a combination of our monthly Family Services, our weekly Sunday Club and The Link Coffee Bar and will contain activities for all ages.  We’ll begin with talks for the adults from the popular Christianity Explored course, for the first six weeks in January.

As a consequence of the changes on Sunday mornings, our Evening Service at 5.30pm on Sundays will no longer take place.  Instead, we’ll be moving our Bible Teaching from Tuesday evenings to Sundays, beginning at 6pm. Our Prayer Meeting will also be moving from Thursday night to Wednesday night at 8pm.

We’re excited with the plans that lie ahead for 2014 and go into them all with an air of expectation and faith.

We don’t know what the Lord has in store for us at Parkside during the next year, but we look forward to every opportunity that we’ll have to tell others about our Saviour and what He has done for us.

I do not know what lies ahead, the way I cannot see; yet One stands near to be my guide, He’ll show the way to me:

Very encouraging report from Simon Quelch this evening on the work in #Brazil. Much to be thankful for and much to pray about.

Sad to report the passing of Karla last night. Now free from her pain and discomfort and with her Lord. Please pray for Ken at this time.

As Christians we cannot do without #prayer. If we fail to pray we won't live our lives as we should for God.

Well done to those who battled through the #uksnow this morning for our #FamilyService. Thanks to @LesleyGWells for the delicious soup!

Thoughts and prayers with those gathering at @Grosvenorchurch this afternoon to celebrate the life of Ruth Smith.

Ken at work this afternoon, putting up our new @ParksideCF sign at the front of the building. pic.twitter.com/K3lYVtr5

Encouraging to hear @OllieJNeill explaining the gospel message so clearly, using the healing of the paralytic from Mark 2.

We had a great evening for our annual meal. Join us at 11.45am tomorrow for our next #familyservice with @sparkyboybrian and @alan_r_m.

Our new sign, courtesy of the excellent folk at @HFESigns, finally giving us some identity in #Maidenhead. pic.twitter.com/YrPJoUnF6q

We've got a good crowd in for our #MothersDay tea and we're pleased to welcome @Daprophetnath here with us too.

We're out in Kidwells Park for a children's Easter egg hunt and other games! Brr…

Happy Easter! He is (Still) Risen!

He lives, He lives, Christ Jesus lives today! You ask me how I know He lives? He lives within my heart! #HappyEaster

Celebrate #Easter with us at 11.45am #today! It's so much better than Easter eggs and pretty flowers – Jesus is alive!

Great to have @StephenNeill with us this evening and to hear about his #SevenUp.

Great time of #prayer tonight. So much to pray and give thanks for, both locally at @ParksideCF and internationally. #Romsey2013 #Angola

My God shall supply all your need according to His riches in glory by Christ Jesus. – Philippians 4:19 #TheLink #pcf

Tonight at #FridayClub we're heading over to #DintonPastures for a walk. Wrap up warm if you're coming. #notsummeryet

Great singing at this morning's #FamilyService. Thanks to @sparkyboybrian and to Victor for his talk on the blind man. #believe #trust #obey

Neither height nor depth, nor anything else in all creation, can separate us from the love of God that is in Christ Jesus our Lord. Rom 8:39

Please remember the work at #romsey2013 in your prayers. Nearly 100 camping down there over this weekend. Pray for safety travelling today.

We had a great time at today's #FamilyService and #bbq despite the rain. Thanks to all for coming and also to those who helped.

We'll be out in Kidwells Park for our #CoffeeinthePark tomorrow morning from around 10.30am. Join us for a hot or cold drink.

Jesus Christ is the same yesterday and today and for ever. – Hebrews 13:8

My health may fail, and my spirit may grow weak, but God remains the strength of my heart; he is mine forever. – Psalms 73:26

After months of ill health, today Mike went to be with his Saviour. Please join with us to pray for Lesley and the family.

Over the years, Mike organised and led young people's Christian camps and holidays and his energy and enthusiam will be remembered by many.

We're up and running with our children's colouring competition. Come and find us at Kidwells Park @MaidenheadFest. pic.twitter.com/HZ878MWSjE

Wonderful Thanksgiving Service for Mike Wells with around 150 people there! Many happy memories of his life and time spent with us.

We had a great time at our #MensNight bbq last night. Thanks to @alan_r_m for his cooking and hospitality and to Paul for his trifle!

We had a great time for our annual outing at the Savill Gardens in @WindsorGtPark. We even managed to dodge all the rain for a walk!

We've had our car park and area at the front of the building resurfaced to create disabled parking space. pic.twitter.com/o6p6TSCae1

We had a great time over at Marlow for our #sausagesizzle this evening, after our #eveningservice. Good food, company and an amazing sunset.

We had a good number at our #FamilyService and #bbq and even managed to dodge most of the rain! Thanks to all who came and those who helped.

Great turnout at the launch of #CCiS. Well over 100 people here to support @WayneDixon4.

I keep my eyes always on the Lord. With him at my right hand, I shall not be shaken. Psalm 16:8

An excellent video on the real message of #Halloween, by @glenscrivener – http://t.co/kAzRMgulJy

We had a great evening at our #LightNight with a good number in who enjoyed games, a story about Saul, making bookmarks and food to finish!

We have a busy weekend ahead, with the first of our conferences tonight at 7pm – http://t.co/14ASSPyD72 and a Family Tea at 5pm tomorrow.

Our Family Service is well under way @ParksideCF. A good 51 peolpe here today. Hosted by myself. Speaker today is @Colman_Jon.

Gideon was a nobody who believed God. We should do the same in our lives. #PCFConf

Excellent turnout for our #CarolsbyCandlelight with over 80 people there. Thanks for joining us and a very Happy Christmas!

Today in the town of David a Saviour has been born to you; he is the Messiah, the Lord. Luke 2:11 Happy Christmas!